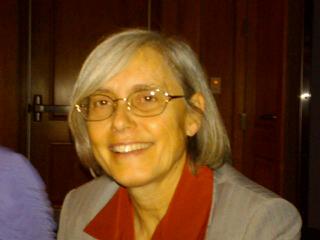 Aggrege member of the Sisters of St. Joseph of Springfield; MSW RIC; Masters in Pastoral Counseling from Fairfield University.

Before 1989 spent 14 years in the education field including several years as an assistant principal and 3 years as a high school principal for an women’s alternative high school; St Xavier Academy which was chosen to be a member of a national project: the Brown University Coalition of Essential Schools.

1989-1996: Began a career in Corrections at the Rhode Island Department of Corrections as Catholic Chaplain Coordinator.  Developed a victim offender dialogue process. Helped develop and was the first coordinator of the Women’s parenting education/ visitation program. Created a curriculum and offered classes in anger management for men in Max, High Security and Medium Security.

1993: Began work as Public Health Education Specialist with HIV team/ created High Risk Discharge Planning program for HIV+ and high-risk offenders being released and peer mentoring education program. Discharge planning was later expanded to all security levels and all offenders transitioning from the RIDOC to the community.

1998-2017: Became a member of the management team of the Department of Corrections within the Rehabilitative Services Division: Reentry Services Unit.  Responsible over the years for the hiring and supervision of Adult Counselors working in 6 prison facilities for both men and women inmates and was responsible for contracts for substance  abuse, mental health, parenting, anger management;  grant manager for both Federal and State correctional grants; intern supervisor including BSW and MSW interns and VISTA program participants. Since 2000 was responsible for the development and coordination of the departmental discharge planning program including DOC institutional manager for case management meetings in regional reentry councils statewide; coordinator for victim –offender dialogues with the department.

In 1987 was Co-Director for the Center for Reflective Action, a peace and justice center in western Massachusetts operated by the Sisters of St Joseph which closed in 1988. In 1988 worked a year as a lobbyist/ criminal justice advocate at the RI Statehouse for Rhode Island Justice Alliance with a focus on opposing death penalty legislation and advocating for a special Women’s transitional program which did become law.

1997-1998 had a two-year internship with Rhode Island US Senator Jack Reed as part of a master’s in social work. In 2009 was as the part time interim program manager for the Institute for the Study and Practice of Nonviolence.

Retired from Rhode Island Department of Corrections (RIDOC) 12/2017. Since retiring from the prison has been actively working to re-establish the Center for Reflective Action, and is an active member of the Boards of Director for three non- profits: the House of Hope, a homeless outreach and shelter agency; The Center for Prison Health and Human Rights at Brown University and the Reentry Campus Program an educational program for returning citizen’s to get college degrees post release.